The curse of bad blocks (is no more)

If you like me are struggling with old disks (in my case SCSI 10k RPM Ultra Wide 2 HP disks) that exhibits bad blocks, here is a short survival howto.

Those disks are placed in a refurbished HP Network RS/12 I use as a spool area for Bacula backups of our Apple XServe RAID which is used by Days of Wonder graphic Studio (and those guys knows how to produce huge files, trust me).

Since a couple of days, one of the disk exhibits read errors on some sectors (did I say they are old), so waiting to get replaced by other (old) disks, I had to find a way to have it working.

Of course the SCSI utility in the Adaptec SCSI card has a remapping tool, but you have to reboot the server and have it offline during the verify, which can take a long time, so that wasn’t an option.

I then learnt about sg3_utils (sg3-utils for the debian package) thanks to the very good page of smartmontools bad blocks handling.

This set of tools directly address SCSI disks through mode page, to instruct the disk to do some things. What’s interesting is that it comes with two commands of great use (there might be more of course):

Here is the use case:

Something is wrong, we only read 13MB instead of the whole disk. Let’s have look to the kernel log:

And tell the disk firmware to reassign the sector

Now verify that it was remapped:

Do we have a working sector?

The sector could be read! The disk is now safe.

Of course, this tutorial might not work for every disks: PATA and SATA disks don’t respond to SCSI commands. For those disks, you have to write on the failed sector with dd and the disk firmware should automatically remap the sector. This can be proved by looking at the **Reallocated_Sector_Ct **output of smartctl -a.

No more slides, welcome to our Digital Overlords 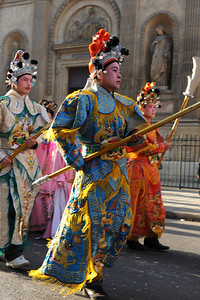 You certainly know that I work for the boardgame publisher Days of Wonder, and we announced a couple of days ago our new boardgame Small World:

What’s cool, is that we also launched a special contest in partnership with BoardGame Geek.

In Small World, you control several typical med-fan races (Elves, Amazons, Trolls…) combined with special abilities, who use their troops to occupy territory and conquer adjacent lands in order to push the other races off the face of the earth in the hope that they will rise to the top of this brutal land grab!In this contest, you have a single chance to vote for the character you think deserves to be the top race (or at least the one you believe other voters will pick as the most popular). In addition to voting for your favorite, you will also make two more selections to choose the races you predict will end up 2nd and 3rd most popular.

Participants who vote for the race that rises to the top and has the MOST top race votes when the contest ends will be the proud recipient of a Small World Bumper Sticker/Decal featuring the winning race.

Even better, if in addition to picking the winning race, you also are one of the first 10 participants to correctly predict which races end up as the #2 and #3 races (i.e. the 2nd and 3rd race to collect the most votes from contestants as their top pick), you will also win a free copy of Small World!Here’s the kicker (and what makes the voting dynamics really interesting)…

The current vote totals are visible in real-time to other entrants, so you can see how each race stands before you vote. The longer you wait to vote, the more likely you are to correctly guess which Race might rise to the top (and to the all important #2 and # 3 slots).

But if you wait too long, the more likely you are to lose out on the chance to win a copy of Small World since other participants will likely have made the same “correct” votes earlier.
Thus it may be a good strategy to vote early and then lobby, cajole (and bribe?!) all of your friends to come vote for the same races you voted for, in the hope that they can help your picks rise to the top!

Do not forget to enter your vote for: Small World - Only the Fittest Will Survive - Contest